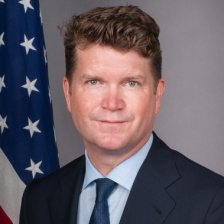 Matthew W. Barzun was selected by President Barack Obama as National Finance Chair for the president’s 2012 re-election campaign.  He previously served as U.S. Ambassador to Sweden from 2009 to 2011.  Ambassador Barzun is an internet pioneer who was the fourth employee at CNET Networks, where he worked from 1993-2004.  Ambassador Barzun served in a number of roles at CNET, including Executive Vice President, Chief Strategy officer, and member of the executive committee.

During his time there, he launched Download.Com, which grew to become CNET’s biggest site and he led the effort to build one of the first comparison shopping sites on the Internet, Shopper.Com.  He went on to co-lead all of CNET’s online properties including CNET.Com and News.Com.

After leaving CNET in 2004, Ambassador Barzun has advised and invested in start-up internet companies, including MedTrackAlert, which delivered consumers information about their prescription medications (it was sold to HealthCentral in June 2008), and JiWire, an advertising network for wireless devices.

Ambassador Barzun was among the first to join Barack Obama’s National Finance Committee before the President’s election in 2008.  In that capacity, he produced the first $25 per-person fundraiser and helped teach Obama University for campaign volunteers.

In Kentucky, Ambassador Barzun has served on the boards of many non-profits with a focus on education (the Louisville Free Public Library Foundation, Louisville Public Media, and Teach Kentucky); public policy (the Kentucky Long Term Policy Research Center, and The Greater Louisville Project) and interfaith relations (Center for Interfaith Relations).